Here are a few key elements essential to web GIS: 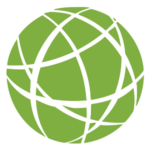 By utilizing the Internet to access information over the web without regard to how far apart the server and client might be from each other, web GIS introduces distinct advantages over traditional desktop GIS, including the following:

These characteristics reveal both the advantages and challenges facing web GIS. For example, the easy-to-use nature of web GIS stimulates public participation, but it also reminds you to take into account Internet users who have no GIS background. Conversely, supporting a large number of users requires web GIS to be scalable.